Berlin is for Lovers 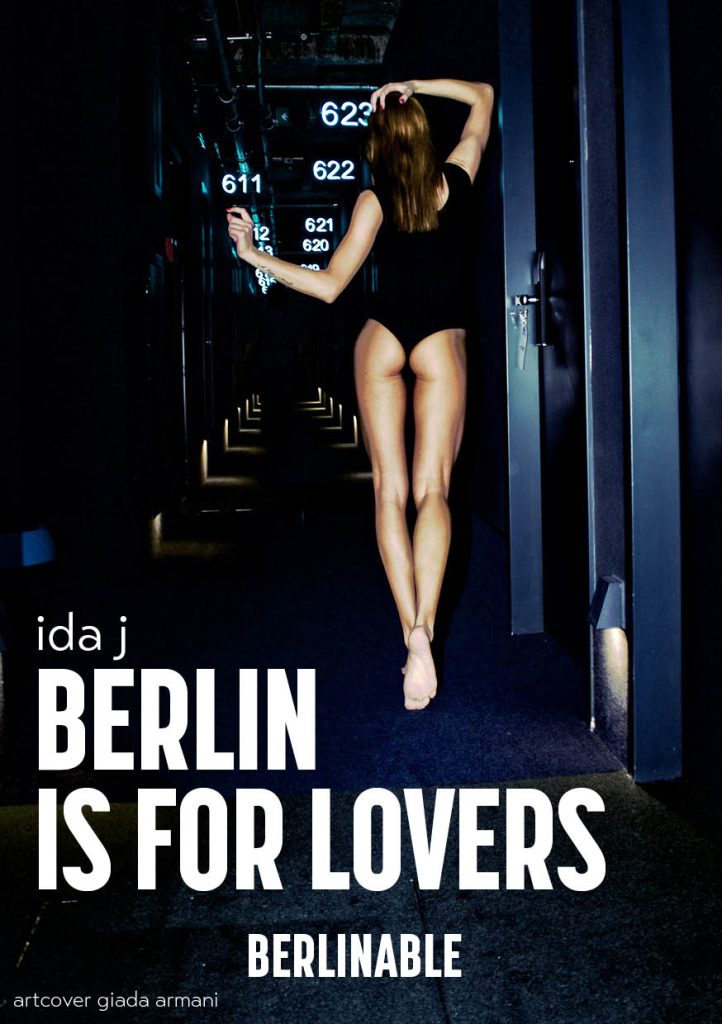 I wake up in the dim glow of an Edison bulb late in the afternoon. It is winter and the light is fading. Nadine grabs a towel from the floor, hips swaying as she walks silently to the shower. I reach over the edge of the mattress for cigarettes, light one. Stefan answers the door in his long-sleeved t-shirt and boxers, all pristine white, bizarrely angelic-looking. Which couldn’t be further from reality. Alexander, my best friend, saunters in and parks himself on the bed next to me, reaches for the cigarettes. Stefan makes tea while I rummage on the floor for my jeans, pull my sweater on.

Later on, Alexander asks how it’s going with my ‘enigmatic German lovers’. Well…

I first meet Stefan when he comes to visit Alexander. The two of us are living in student accommodation together. Said student accommodation resembles a Soviet hotel, new but relentlessly drab with its beige curtains and single beds. Alexander has just given me the bowl haircut that signals my definitive move into the realms of the techno aesthetic. It suits me and he is very proud of himself. I detect a hint of smiling intent as he introduces me to Stefan, who I like instantly.

He is tall, the inverted wedge shape I like in a man. Long limbs, the pared back wardrobe of the design professional, his demeanour thoughtful yet with a playful darkness. Dark eyes and hair, smooth olive-tinged skin, he’s a moody and secretive soul (I am to find out), but with a sense of humour that plays behind his eyes as he talks. He leaves early to go back to Berlin, for undisclosed personal reasons, some urgent situation to attend to.

I’ve spent my first ever New Year’s Eve in Berlin with Alexander (the first of many, it later turns out). He shaves my head, down to a number 1. It’s severe, but I’m lucky enough that it works on me. I love it, I feel like a whole new person, one who belongs here in this city of exploration and expression.

We spend the early part of the evening at his friend’s, Sina, flat, a place of magic where there is no heating save for the traditional tiled stoves in the corner of the room. The occupants have made the place beautiful, a maze of rooms (they all connect in a circle) with artfully repaired old furniture, windows they have double glazed in makeshift fashion themselves. Plants abound, trailed up walls that have yielded wallpaper to reveal blotched plaster. The effect is of a secret grotto of the wilds in a crumbling Kreuzberg building, stern grey on the outside and full of wonders within.

They light candles and people play instruments and sing; we drink cheap wine in the large living room with overstuffed furniture salvaged from the street. As fireworks start to pop, the atmosphere is heady, a clandestine church or a secret society, I had never attended a cosier party. Alexander cares little for this music and sentiment, but I think it’s enchanting. Close to midnight we run downstairs to watch the sky fill with sparkling explosions. I’ve never seen anything like it, the atmosphere filling with smoke and gunpowder smells, people making fires from rubbish on the street, fireworks everywhere, at a dizzying rate. The number of people setting off fireworks on this small street alone is too numerous to count, the place is chaos and the sky is light, filled with smoke and fire.

Alexander has his way in the end, around 5am we all head to a club and dance into the day.

Back at the magic flat, the plants climb the whole wall of Sina’s bedroom, like a winter jungle. My head is hazy and it’s freezing, I can see my breath as I curl up to sleep sometime in the afternoon, noticing a handful of condoms by the side of the bed. I drift off thinking of the possibility of adventure, of sex and freedom.

A day or two later (time works differently here), we arrange to meet a group of friends for drinks at a favourite cocktail bar just down the road from Alexander’s place, among them Nadine and Stefan.

It’s all Alexander’s fault, he’s put it into my head that Stefan finds me attractive, and that they occasionally take a girl home from the club. I’ve never met Nadine before, but the attraction is instant. She is a stunning makeup refusenik, razor-like of cheekbone, luminous of smile, bobbed hair, amber eyes, a sack of a dress of the kind that looks good only on those in possession of a certain breed of effortless cool. Smart but slightly shy, when she laughs she draws her chin to her chest and her eyes crease joyfully. She is captivating. We order more cocktails, she and I are on the White Russians, I want to fall into her smile as we drink and giggle.

In addition to their considerable beauty, they’re both the sensitive, creative type that I find so alluring. They’re divine. They’re a disaster. They’re trouble waiting to happen and I know it but I cannot resist.

Emboldened by booze and deep in conversation, at some point I say to Stefan, “Your girlfriend’s hot.”

A moment’s pause, his wry smile through cigarette smoke.

“Why don’t you tell her that?” he replies, an instant’s excessive eye contact, I feel a pang of excitement in my chest and between my legs. The same happens, before long we’re kissing, looking up every now and again and bursting into peals of laughter, wrapped up in one another.

We head back to her beautiful minimal apartment on the U-bahn, the three of us shivering in the sub-zero winter night, it must be 3am.

Unbundling our many winter layers, we all kiss, throwing clothes on the floor with abandon. Memory blurs with many cocktails but it felt warm when we touched each other like that for the first time. She sloughs off the loose dress, under which she is braless. I run my hands over the perfect breasts, nipples erect under my palms, kiss my way down to her bellybutton. She opens her legs, kissing him, his penis in one hand as …