Berlin is for Debauchery 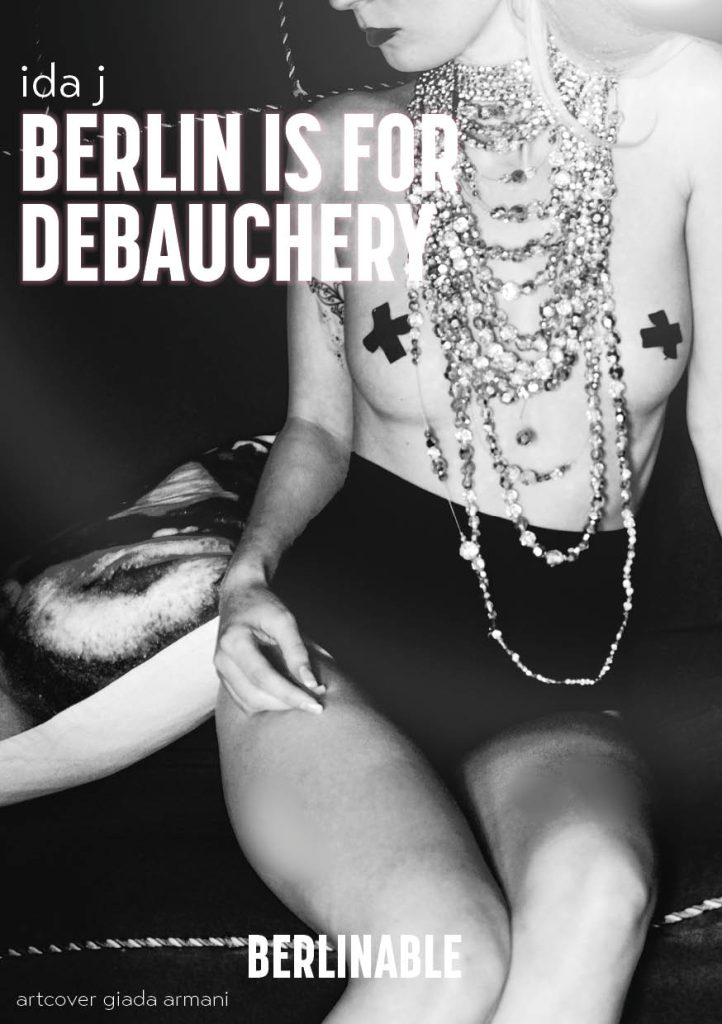 We land at the airport with the usual feeling of anticipation. Jared is just about bouncing off the walls with excitement as we board the bus into the city. We’re here for a week, ringing in the new year in characteristic fashion. I have borrowed Nadine’s bedroom, she’s away for the holidays. Quite the perk, having friends in Berlin. Jared hasn’t met Nadine, but we head out to the bar with Stefan, I’m keen for them to meet. Given my previous involvement with Stefan, I do wonder how Jared will react (he knows the story, there are no secrets between us). As it turns out, he’s a perfect gentleman, and Stefan seems to like him.

Jared is an irrepressibly sexy American, tall, muscular and with one of the prettiest faces I’ve ever seen, a real supermodel. His bearing is a mixture of devilish charisma and guileless charm. He knows he’s handsome, and he’s good at using this to get what he wants. But there’s a goofy, sweet side to him that never fails to melt my heart. We’ve been together for some years now, in various guises – when we met we were both wild as anything, unwilling to commit, yet partners in crime, pushing each other to new extremes in a cycle of elation and destruction. Then we grew feelings, settled down, became, if not exactly less adventurous, more inclined to adventure together and within reasonable parameters discussed in advance. I have high hopes for this holiday. I have a treat for him. In fact, a few. But a peculiarly gorgeous couple I’ve known for a year or so. I’m excited to introduce him to them.

We’re both into experimentation, and have had a reasonable amount (an unreasonable amount, depending how you see it) of group sex, but we haven’t done it with just one other couple before. And I do so love to please him, to find something new and orchestrate titillating situations. I’ve been showing him photos for his approval, we do this a lot, show each other photos of people we’ve matched with on apps, talk about it, decide if we want to pursue the matter. It’s a fun pastime, it also teaches you a lot about a person, finding out their sexual and aesthetic preferences. We have similar tastes, so I’m pretty sure he’s going to be into it as I show him photos of them in their fetishwear, modelling at an event. In one photo, they both wear sculpted leather corsets, looking like film stars going to a pervert’s premiere.

Mila and Jonathan are beautiful BDSM sex ravers, the kind of people who turn heads when they walk into a room, as if they were royalty walking into a court ball. Dressed to impress at all times, usually in latex, they radiate a consuming intensity. Probably they come across as intimidating in general, tall and striking and severe in their aesthetic. But I’m not easily intimidated, although I’m very easily led. And they’re thoroughly charming people, all sweetness and smiles, once you’ve actually met them. So, I’m really hoping for an interesting encounter, gleefully showing Jared photos every time they send one, over many months prior to this trip.

Now they’re away for Christmas and send a picture of them in a sauna. Jonathan’s strapping back with its abstract black lines tattooed all the way across, naked arse as he tends to the sauna. We take a photo in bed to send back to them, we’ve both just woken up and, shockingly, we look fresh and young and beautiful. I send it to Nadine, who sends an effusive text back. We also put it on our dating app profiles, for good measure.

A Berlin holiday would not be a Berlin holiday without a healthy dose of excess. On our first night, Kyle, a particularly unrepentant miscreant who seems to spend the vast majority of his time in a nightclub toilet, incites us to spend seven hours in the smoke-filled green room of a goth party. This more or less sets the tone for the coming week, nocturnal, like the vampires we are.

The next night a friend is playing a DJ set at a bar in Wedding, we go along to catch the start. Stefan tries to persuade us to go out with him, he’s going somewhere with Alexander. We have other plans though, a date with Mila and Jonathan at a rather bad taste club that the likes of Stefan shudder to think of entering. We invite him all the same, thinking how funny it would be to see him in that environment, being his snob self, thoroughly unimpressed. Not only is he a snob by nature, but he lives in Berlin.

It’s after midnight when we arrive at the designated venue, the Circus. The queue is egregious. We wait for a while, becoming increasingly bored and discouraged – we’re both a bit old to still be properly fine with this kind of queue. Jared texts an acquaintance who he thinks might be able to help. Hilariously, it transpires that this is someone I once matched with on Tinder and almost met up with, but it never quite worked out. Said acquaintance does indeed have a word of advice, tells us to tell the door we’re friends with someone who’s playing, gives us a name, where and when they’re on. We’re both naturally averse to the queue-jump, being, against all appearances, really rather well-behaved. But we put on the swagger, memorise the names, saunter up to the door and tell the bouncer who we’re here for. He waves us in without batting an eyelid. We both heave a sigh of relief.

In the crowded entryway we divest ourselves of winter layers. I’m wearing underwear composed almost entirely of straps, with fishnets ripped in strategic places; Jared is in a pair of what we have nicknamed ‘sexing shorts’, with a zippable codpiece for easy access. He knows the designer from his old CrossFit gym, which seems about right. The sexing shorts are not for the shy man, and Jared’s broad shoulders, defined arms and buoyant buttocks are shown to their best advantage in this outfit. He’s tall and lean and far more handsome than should be allowed, a techno Don Draper. The latex monarchy can’t fail to want to fuck that, I tell him as he shifts about and tweaks the shorts nervously – for a highly extrovert and charismatic person he’s also endearingly anxious.

No phones are permitted, so finding people is never a certainty, we know we’re not guaranteed to find Mila and Jonathan, although I know they’re here, they texted to say they were in the queue before we left the bar. We meander through the crowds in search of them, checking out the talent as we go. A few people seem vaguely up our street; we make eye contact with a couple of women in leotards. A couple that we christen ‘plastic fantastic’ are strutting around looking like real life cartoon characters.

Both intensely muscular, he has the jacked bodybuilder muscles that look like they couldn’t possibly be real, they look about as real as her tits, which are at least three sizes bigger than is reasonable. They strain against a pink bikini top, which looks for all the world as though it would imminently relent, letting them burst out as though she were a comic book drawing. She is short and small, but also highly muscular, with bleached and teased hair, coral lips plumped with an improbable quantity of filler. Both are sporting the kind of tan that makes them look as if they’d been basted like a roast, a deep and gleaming shade of walnut. His muscles look like extra body parts as they bulge from a Superman tank, a tongue in cheek touch that I find rather heart-warming. They are larger than life, most unusual but quite compelling. “Well I’d let them save me from a supervillain,” I comment to Jared as we try not to stare too obviously. We both agree that we’d sample a taste of plastic fantastic, that it would be a novel experience to touch such extravagantly crafted bodies. As an American, he’s definitely slept with more muscular people than I have, Europe isn’t exactly known for its athletic physiques, especially not the circles in which I move, populated chiefly by thin people who stay thin by partying a lot and eye any hint of a gym membership with suspicion. We earmark them as a possibility, deciding to keep an eye out for them later.

Down to the basement, through the winding networks of rooms and corridors, to the low-ceilinged bar, to the dance floor there, even checking behind the DJ booth in case they’re nestling in the shadows, amongst the people making out, no one is having sex yet but the atmosphere of that corner suggests that it’s only a matter of time.

Through the back of the main dance floor, behind the poles into the small bar back there, a drag queen in corset, stockings and suspenders leans against a table while two people dance. Her hair is a magenta afro, eyeliner heavily painted on. A stark contrast with the other two occupants of the room, milk white and makeupless and they dance, gangly in the green light. Strange that it’s so quiet here, no one appears to have discovered this nook yet. Least of all the people we’re looking for.

We snake our way around the dancing crowds, flesh jiggling as far as the eye can see. Up the stairs at the back to wanking territory, lots of men hang out here, people who like to be watched are often found fucking, surrounded by admirers. I don’t expect to find them here, but for the sake of completeness we look anyway. No joy, of course, we wind our way down the stairs again, around the people dancing on them, through to the bar next to the pool. It begins to look as though we won’t find them. I start to think we should have gon…